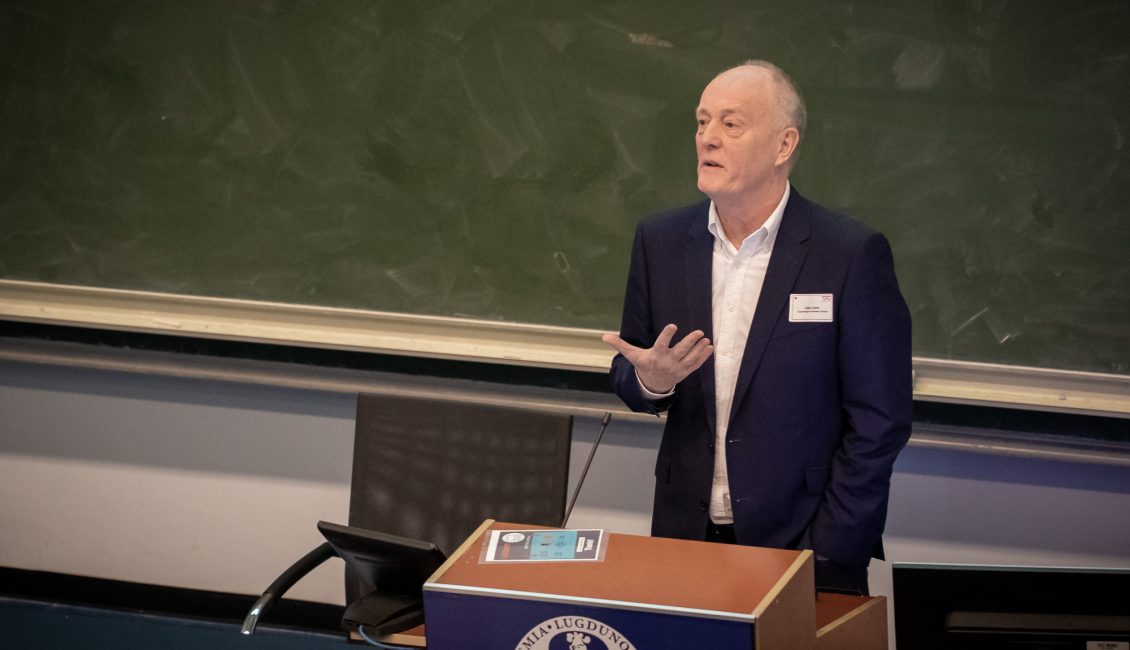 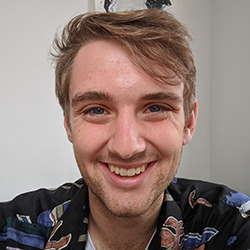 This is the second in a two-blog series on the SUPER MoRRI annual event. To read the first blog in the series, click here.

The comfortable and artificial divisions between ‘science in here’ and ‘society out there’ have fallen. R&I systems are recognizing that their products are deeply and inseparably co-constitutive of broader society. Evidence of this recognition is the creation of the funding stream within Horizon 2020 of Science with and for Society (SwafS). Part and parcel of recognizing the interweaving of science, technology, and society is a move to ensure that a diversity of voices are present in the production of science and technology. Many strategies to ensure that this takes place operate under the heading of public engagement with science, which is also a key within the European Commission’s operationalization of the concept of Responsible Research and Innovation (RRI). The SUPER MoRRI annual event sought to put center-stage the diversity of ways in which publics are making their voices felt within the R&I system. For the SUPER MoRRI project to provide a sufficiently informed and useful monitoring framework to support the further involvement of society within R&I, we will have to listen to and understand the experiences of those already working at working on projects that involve engaged publics; including both the representatives from the public and those more formally recognized as experts. That is why it was decided to bring together an array of public engagement, citizen science, and RRI practitioners and experts together during the annual event.

Not all citizen science sings the same song. Alan Irwin indicates the diverse pallet of types of citizen science projects with the following typology from Wiggins and Crowston (2011):

The typology above brings into focus the differences that exist between citizen science projects. These projects contain a diversity of intentions, motivations, relationships with incumbent power structures, and, consequently, challenges. From the perspective of the SUPER MoRRI project, it is necessary to reflect upon what kinds of citizen science work the framework which is developed should aim to support. A framework to support ‘investigation projects’ may be irrelevant for, or even oppositional to the needs of ‘action-oriented’ projects and vice versa. After introducing this typology, effectively problematizing the notion of there being a single concept of ‘citizen science’, Irwin continued with a discussion of the following virtues and challenges of citizen science projects:

The lessons these virtues and challenges have for the creation of a monitoring framework for RRI and public engagement practices cannot be further elaborated here, but the picture painted of citizen science is complex, deeply normative, and requires careful consideration.

Alan Irwin closed his presentation with the idea of ‘scientific citizenship’ being a bridge between RRI and citizen science. He emphasized that both require considerations of cognitive justice – bringing citizenship and knowledge together rather than as two separate domains. Furthermore, he emphasized that both Citizen Science and RRI raise questions for R&I policies, and in particular the need to reflect upon the ways in which labour is recognized and rewarded throughout the R&I system.

When asked of how Alan Irwin envisions the aspiration of opening up research and innovation, he replied with the following lyrics from Leonard Cohen’s Anthem: “There is a crack in everything, that’s how the lights gets in”; a metaphor oft-repeated throughout the annual event.

Citizen Science throughout the Netherlands

The SUPER MoRRI annual event continued with several presentations of citizen science projects taking place within the Netherlands. The first of these projects is situated in a long and contentious history of patient-involvement within the R&I system. The project won the annual ‘Medische Inspirator Prize’ given by the Dutch medical research council (ZonMw, Dutch acronym) for the most inspiring project featuring collaborations between patients, medical practitioners, and researchers. The project, entitled the ‘HoloMoves’ project, was presented by Dr. Janneke Stolwijk and showed a novel method of encouraging movement for patients with paraplegia by using virtual reality games. More information on the project is available here: https://holomoves.nl/.

The project had a very explicit and transparent method of ensuring that patients were involved within the research and development processes of the project in the ways that the patients themselves wanted to participate. To accomplish this, the project utilized a framework entitled the ‘involvement matrix’ (see below) which is further described here: https://www.kcrutrecht.nl/wp-content/uploads/2019/05/Involvement-Matrix-Practical-guide.pdf. 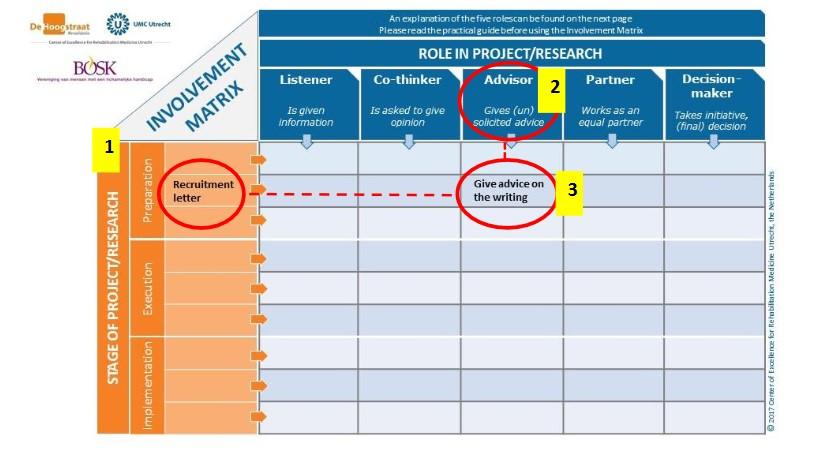 The involvement matrix is intended to be a device to facilitate dialogue between patients and project members about the different roles that each actor intends to have throughout the project. The matrix highlights the complexity that exists within the different types of roles that patients can play within projects, and the forms of power are granted to each actor within each arrangement. Crucially, when negotiating the different roles for patients, the dialogue is as open as possible and the patient is asked from the beginning what role they view themselves as being the best fitting within the project, rather than being prescribed a role by the project coordinators.

In addition to the presentation given by Dr. Janneke Stolwijk, two presentations discussing citizen science were given by researchers working locally in the city of Leiden. The first was given by Dr. Frans Snik who presented work that is being done within the Citizen Science lab of Leiden. The first project that Dr. Snik presented was the ‘iSpex’ project, which entailed providing interested citizens with the tools to measure and report the air pollution around them. This was done by modifying smart-phone cameras with a small device that could give an indication of the air-pollution by taking a picture of the clear blue sky. The project resulted in over 200,000 images captured and, perhaps more importantly, spurred the development of a community of thousands of interested citizens to become more engaged with issues of air quality within the Netherlands. Snik also presented two additional projects: Erfgoed Gezocht, which is a citizen science initiative to discover new archeological sites within the Netherlands, and Plastic Spotter, which gives citizens the ability to report plastic pollution in the city of Leiden and abroad.

The second speaker presenting projects from the city of Leiden was Niels Kerstes who presented a project coordinated by Naturalis, the museum of biodiversity. Snapping pictures of snails might not be the most intuitive way to measure evolutionary responses to climate change and urbanization, but that’s exactly what the SnailSnap project sought to accomplish. With the help of nearly 8,000 photos provided by motivated citizens, it was discovered that the Cepaea nemoralis (a land-snail commonly found within the Netherlands) was more often to have yellow-shell colouration in highly urbanized areas. It was hypothesized that this occurs due to the urban heat island effect, which interacts with the finding that the yellow-shelled colouration of this snail species are better able to survive in high-temperature environments. The full results can be found here: https://www.nature.com/articles/s42003-019-0511-6.

The final citizen science presentation that was given during the annual event was by Lucas Evers from the Waag Society in Amsterdam. Working at the interface of science, art, and technology, the Waag Society presents a unique perspective on citizen science and engagement with publics. The institutional point of departure of the Waag Society originates from public concern, civic activism, and providing an equitable platform for collaboration with fellow citizens (from https://waag.org/en/about-us).

One of the projects that Lucas presented during the annual event was entitled ‘Trust Me, I’m an Artist’, and provided “artists, cultural institutions, and audiences with the skills to understand the ethical issues that arise in the creation and exhibition of artworks made in collaboration with biotechnology and biomedicine” (from https://waag.org/en/project/trust-me-im-artist). The project included giving artists venues to present their works (featuring biotechnology and biomedicine) in front of ethical committees, followed with an open and public debate by the committee, and then a subsequent dialogue between the artists and audiences about the judgement given by the committee. In this way, each actor group has the opportunity to play and engage with, not only the material practices of the art but also the forms of logic and deliberation that go into negotiations of the ethical issues around its creation. Lucas also continued with a broader description of the Waag Society’s ‘Smart Citizen Lab’, which works with citizen scientists, designers, to provide interested parties with the tools necessary to address environmental issues in their areas.

Despite the inspiring work being done throughout the Waag Society, some concerns were raised regarding the status these uniquely configured organizations when it comes to being given legitimacy in the eyes of funding bodies and potential institutional partners. Indeed, Lucas highlighted that the Waag Society is sometimes excluded from, or lacks formal legitimacy in, the process of grant and funding acquisitions because the institution isn’t considered a more formally recognized research performing organization (RPO).

This has consequences on how to develop a monitoring framework for RRI. If indeed the engagement with citizens in discussions on (the ethics of, prioritization of sociotechnical development, openness, etc. of) science and technology is desirable within policies informed by RRI, then a more flexible interpretation will need to be taken by funding bodies specifically, and the broader formal and informal legitimation system within research and innovation in general, in terms of which organizations and practices are recognized as legitimate.

This further extends to the kinds of practices that will seek to be reinforced through a monitoring framework and requires actively attending to the unintended consequences of utilizing certain prescriptions of what practices are or are not ‘RRI’. A final point. If RRI is meant to be envisioned as a project to expand the ways in which contributions in the R&I system are valued, then those developing funding and monitoring systems will need to remain flexible and tolerant of alternative forms of organizing R&I work, lest we fall into reinforcing existing regimes of worth and valuation.

More information available in the links below: 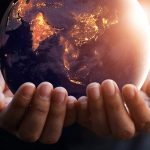 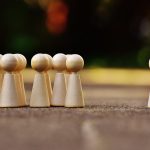